From its earliest days the Shriners were known for their philanthropic efforts across the country.

During a yellow fever epidemic in Jacksonville, Fla., members of the new Morocco Shrine and Masonic Knights Templar worked long hours to help the sick. In 1889 Shriners came to the aid of the Johnstown, Pa., flood victims. In fact, by 1898 there were 50,000 Shriners, and 71 of the 79 temples were engaged in some sort of philanthropic work.

Distributing food and other aid to families in need after a natural disaster or disease epidemic was one of the Shrine’s earliest philanthropic activities.

By the early 1900s the fraternity was growing quickly. And as the fraternity was growing, so was the support for establishing an official charity. Most temples had local philanthropies and sometimes the Shriners’ organization offered aid. After the 1906 San Francisco earthquake Shriners sent $25,000 to help the fallen city. Shriners contributed $10,000 for the relief of European war victims. But neither of these efforts, nor the projects of individual temples, satisfied the membership.

The idea to establish hospitals for children was brought to the membership in 1919 by Freeland Kendrick (P.I.P., Lu Lu Shriners, Philadelphia) after he visited a Scottish Rite Hospital for Crippled Children in Atlanta. This visit made Kendrick aware of the overwhelming need to care for children with orthopaedic disorders.

During his tenure as Imperial Potentate in 1919 and 1920, Kendrick traveled more than 150,000 miles, visiting a majority of the 146 Shrine temples and campaigning for an official philanthropy to be established. 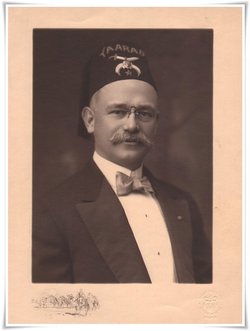 “While we have spent money for songs and spent money for bands, it is time for the Shriners to spend money for humanity. I want to see this thing started. Let us get rid of all the technical objections. And if there is a Shriner in North America who objects to having paid the two dollars after he has seen the first crippled child helped, I will give him a check back for it myself.”

During his year as Imperial Potentate in 1919-1920, Freeland Kendrick visited every Shriners temple in the United States. At the Imperial Session of 1920, held in Portland, Ore., Kendrick proposed that the Shriners build a hospital for children.

Conservative Shriners had their doubts, both about the two dollar yearly assessment from each Shriner, and what it would mean to assume this kind of responsibility. The prospects of the plan being approved were fading when Noble Forrest Adair (Yaarab Shriners, Atlanta) rose to speak.

“I was lying in bed yesterday morning, about four o’clock, and some poor fellow who had strayed from the rest of the band stood down there under the window for 25 minutes playing I’m Forever Blowing Bubbles.”

Adair said that when he awoke later that morning he thought again of the wandering musician. “I wondered if there were not a deep significance in the tune that he was playing for Shriners… I’m Forever Blowing Bubbles.”

Looking out on the assembled nobles, Adair went on. “While we have spent money for songs and spent money for bands, it is time for the Shriners to spend money for humanity. I want to see this thing started. Let us get rid of all the technical objections. And if there is a Shriner in North America who objects to having paid the two dollars after he has seen the first crippled child helped, I will give him a check back for it myself.”

Noble Adair settled himself back into his chair to the sound of thunderous applause. In that moment, the tide had turned. Although there were other speakers after him, a historic decision had already been made. The resolution was passed unanimously.

A committee was chosen to determine the site and personnel for the Shriners Hospital. After months of work, research and debate, the committee concluded that there should not be just one hospital, but a network of hospitals throughout North America.

This idea appealed to the Shriners, who liked to do things in a big and colorful way. When the committee brought the proposal to the 1921 Imperial Session in Des Moines, Iowa, it too was passed. 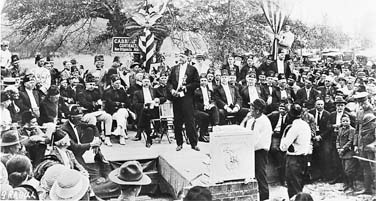 Laying the cornerstone of the first Shriners Hospitals for Children in Shreveport, La.

By June 1922 the cornerstone had been laid for the first Shriners Hospitals for Children® in Shreveport, La. The first patient to be admitted in 1922 was a little girl with a clubfoot, who had learned to walk on the top of her foot rather than the sole.

Through the remarkable foresight, commitment and fundraising skills of the Shriners nearly one million children have been treated at one of the 22 Shriners Hospitals for Children across the United States, and in Canada and Mexico. 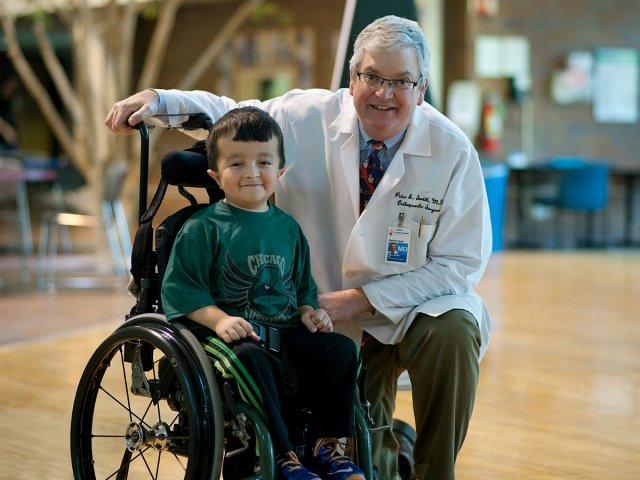 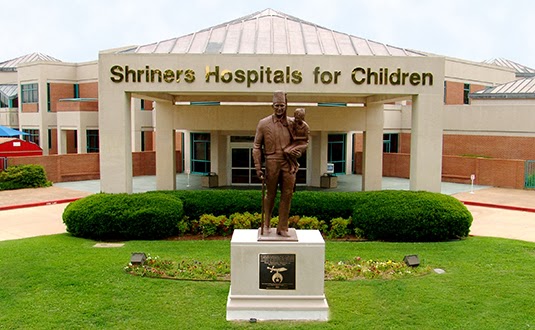 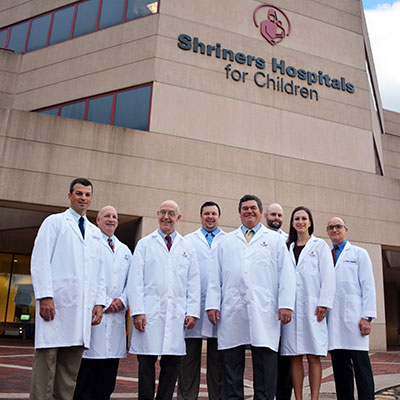 As Shriners Hospitals for Children® sprang up across North America, the mission behind this unique organization also grew. The Shriners quickly learned that there were two additional needs in supporting their mission to care for children. The first was research to help develop better medical treatments. The second was to educate medical professionals. The result is a three-pronged mission that has impacted medical care not just for children, but for people of all ages all over the world.

Research
Shriners Hospitals for Children conduct clinical research in every area of care, including orthopaedic disorders, burns, spinal cord injury treatment, and cleft lip and palate. These ongoing clinical studies are possible in large part because these hospitals are among the only facilities of their kind with a large population of children who have a variety of conditions. In many cases, what is learned in these research studies is able to be applied and shared right away so that care is constantly improving.

So-called “bench” research is also a hallmark of the organization. This laboratory-based research has led to major discoveries in genetics, nutrition, metabolic function, wound healing and much more.

Each of our hospitals holds a close relationship with a major university medical center or hospital, and many of our surgeons and physicians are also professors. Shriners Hospitals for Children are also a training ground for other medical professionals like nurses, physical therapists, speech therapists, occupational therapists and others. This focus on education helps keep Shriners Hospitals for Children on the front lines of medicine, while helping disseminate the wealth of information learned here over the years.

Learn How You Can Help 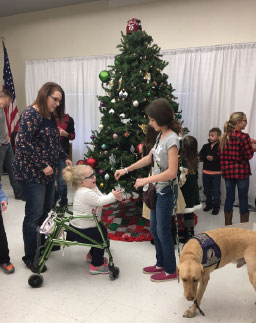 Through the generosity of donors like you, we’ve been able to help over one million children reach their potential and lead more fulfilling lives, regardless of a families’ ability to pay.